Long Division: A Story in Sonnets #1

Well, I let myself have a bit of time off after completing a year's worth of daily sonnets. The inertia of that regular composing created a rhythm that was hard to break, though, so the last couple weeks I've been in withdrawal. I'm still toying with the idea of trying to tell a story through a series of sonnets. Maybe this could be the start of one. 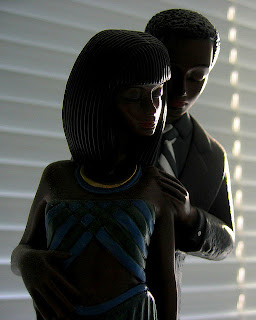 Long Division: A Story in Sonnets #1
by Gideon Burton

"It's different now," she said, her downward glance
confirming everything: her shift of tone,
as though a sounding bell shook loose their trance;
her calm, as though time bleached a desert bone.
He reached for words, but not for words, he trawled
the murky shallows for a passing trace
of certainty to anchor to. He called
upon a past or future in her face,
a plot line rising from that almond curve
her closing eyes defined, though shutting, wet;
an answer or a question that could swerve
toward assurances; some golden net
to braid new bravery. "I'll take you home."
Then he would wander, sinking, mute, alone.