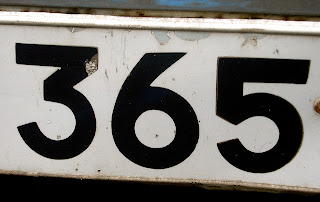 Well, today I'm finishing a year of posting one sonnet a day. This is something I did once before (not posting them to a blog, but composing one sonnet daily for over three years, between 1998-2001).  I've drawn upon some of those earlier sonnets to supply this round, and I've also occasionally featured a classic poet's sonnet, or a sonnet by one of my students. But by and large, it's been my own new creation every day since February 28, 2010. (Here's the full index in case you're interested).

Many of these sonnets have been imitations (43, in fact), with my major topical categories going to religion (75) and nature (46). Some 19 have been written to or about my wife (my "uxorious" category) and another 5 about marriage. Many of my sonnets are reflective (25), philosophical (32), or even abstract (21). But there are also some 25 humorous sonnets, often about food (21). You can see the full list of tags on the side of the blog.

I just added the Popular Posts widget, something that if I'd put up earlier might have changed some of my writing choices. How do people find and read this little niche blog? Hard to say. Why do some sonnets get read more than others? A puzzle.
But the most read sonnet is one based off of a spam letter I received that had a funny line in it (whoda thunk?), "My Name is Darja." A serious sonnet on marriage (at the occasion of my son's wedding) takes second place, "Learning Love," with another marriage sonnet also in the top 10 ("Let Her Speak"). Two of the poems in the top ten are imitations (one after Matthew Arnold, "On Dover's Beach"; and the opening lines from Milton's Paradise Lost, "Illumine Me." Two are Mormon-themed sonnets (though neither my favorites in this category): "Apostles" and "Shakespeares of Our Own"). An historical-religious poem (based off of a great sermon I heard) was among my favorites, so I'm glad it made the top 10 popular posts, "We Will Cross the River." A couple of humorous ones round out the top 10, "New Suit" and "Cold Cereal."

I want to go back and read the whole year's worth to see what I'm most happy with, but my first run at top personal favorites include:


So, my millions of sonnet fans -- any favorites?

Photo: flickr - Caro's Lines
Posted by Gideon Burton at 12:02 AM

Email ThisBlogThis!Share to TwitterShare to FacebookShare to Pinterest
Labels: favorites